Save Today with Affordable Financing 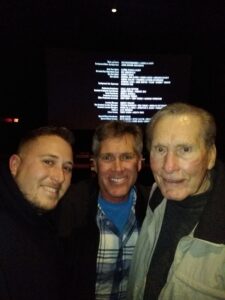 Family owned business is a term that gets thrown around lightly. At S&S Remodeling Contractors LLC, we’re the true definition.

First Generation
In the spring of 1953, Walt Subers Sr. and two of his sons Walt Jr. and Ray saw a need in Delaware County, Pennsylvania for quality home improvement and remodeling services for residential and commercial customers. They researched the market, interviewed potential customers and suppliers and decided to launch S&S Home Improvement Company later that summer.

Second Generation
Walt Sr. would soon pass away, but like any good father, he would leave a legacy for his sons. Ray Subers (pictured on the right above) would go on to own the company for over 40 years. Ray grew up in a little home in Drexel Hill, and had 6 siblings. At the time, Ray graduated college from Drexel University, and was the first in his family to do so. Likely unforeseen to him, he would pave the way for his children, and his children’s children.

Not only was Ray a business man, but he was also a family man. He had 4 kids, all of whom were taught to prioritize education, and would as well go on to graduate from college. Despite his wife dying in her early 60s, Ray continued to run his family owned business, and never remarried. In 2015 he would retire, and yet again the family owned business would be past on. 5 years later, he would pass away at the age of 83.

Third Generation
Despite being the shortest generation of ownership, this time period ushered in lots of change and innovation. Gary Subers (pictured in the middle above) only officially owned S&S for 5 years. With that being said, he had just as much if not more knowledge and experience than his predecessor. Gary had worked for his father for a few decades before the torch was finally passed. While he decided to retire, the story would continue to be written. Although his father worked into his late 70s, Gary was able to retire at 58, and move to Florida. Luckily, there was a perfect candidate for the position, his eldest son.

Fourth Generation
Great Grandson of the original owner Walt Sr. Gavin Subers (pictured on the left) is now the current owner and operator of S&S Remodeling Contractors LLC. 69 years and 4 generations later, our mission has stayed the same. Offering high quality products with the utmost level of craftsmanship to local homeowners. Gavin Subers, like his grandfather graduated college with a Bachelor of Science in Business Administration, a minor in Real Estate, and a concentration in Entrepreneurship from Drexel University.

Working alongside Gavin is his younger brother, and Director of Sales & Marketing, Julian Subers. Typically the family business dynamic has always consisted of a father and a son. This duo of brotherhood has brought in an entirely new age of operation. Equipped with motivation, dedication, technology, fresh ideas, and innovation. At 30 and 25 years old respectively, their age combined doesn’t amount to any of the previous owners. Working with family can be tough,  the two of them aren’t only just business partners, or biological siblings, but they’re good friends as well.

Fifth Generation?
Any Historian will tell you, “History repeats itself.” It’s a safe bet to assume that one day a new generation of Subers will arise. Hopefully, they’re the ones to take us to 100 years of business.

Hear From our Customers

#1 in Home Improvement Contractor
Since 1953

Save Today with Affordable Financing